Br’er Bear’s and Br’er Rabbit are plunging into cuteness with the re-release of the Splash Mountain POP! we fell in love with earlier this year. This splashy POP is now available on shopDisney, and ready to float into our homes. There’s plenty of sunshine headed Br’er Bear’s and Br’er Rabbit’s way as they traverse Splash Mountain in Pop! style. This cute pop features the two characters plunging down the famed flume ride’s daring drop. This little POP sold out quickly when it was released at the Disney Parks too.

If you’re a fan of Funko, check out my five favorite Disney Funko figures out right now below. 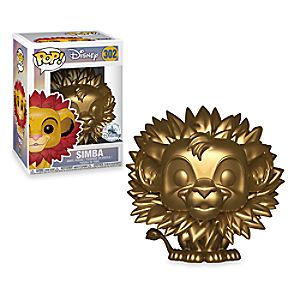 The king of the jungle gets the royal treatment with this Golden Age Funko Pop! Simba collectible. From the Pride Lands of Africa comes this special release Disney Store and shopDisney edition of the Lion King. 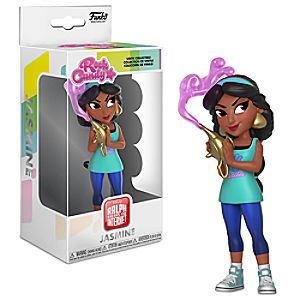 Designed as she’s seen in Ralph Breaks the Internet, Jasmine is ready to rock your collection as this Rock Candy vinyl figure by Funko. I love the sassy and feminine style of the Rock Candy Funkos. This Funko Pop! captures the movie moment of Sorcerer Mickey in Fantastia. You can almost picture little Funko brooms sweeping around him. Are you a fan of the Disney Funko vinyl figures?