If you’ve read my previous posts about running around the world and marathon training and still don’t consider yourself athletic enough to try, I highly recommend considering running in one of runDisney’s Family Fun 5k’s.

When planning ahead for the just past 2012 WDW Marathon Weekend, I knew that I would be 25 weeks pregnant come race weekend and wanted to find an alternative to the previously scheduled half marathon.  For me personally, I wanted to continue running in my pregnancy, just not very long distances.  Had they offered a 10k (6 miles), I would have happily accepted, but instead, I signed up for the Family Fiesta 5k!

Themed differently for every event – even the annual races have different themes – these races are fun for all.  Strollers are allowed – technically only for walking and are expected to start behind the runners – and even those in the strollers earn the medal!  Like the other races, they recommend a 16 minute-per-mile pace or faster, but there were no timers and I highly doubt anyone was swept. Early race morning, we headed to the Epcot parking lot for lots of waiting around before the race and found ourselves waiting in line to meet the Three Caballeros (the hosts)!  They were friendly and smiled for the hoards of people that met up with them!   We met them shortly after a quick ‘break’ so they were fresh and full of energy, even though it was probably 5:00 a.m.
The race itself is much less organized than the bigger races.  Approximately 8,200 registered runners and strollers headed towards the starting line where everyone started in 2 different waves.  The slightly chaotic start didn’t bother us.  We enjoyed running our slow pace and headed out towards the back side of Epcot’s World Showcase.
The race goes through the entire World Showcase and ends after passing through Future World.  We enjoyed stopping to meet several characters, including Mickey Mouse himself!  In only 3.1 miles, the run is barely half of the average park-goer’s daily mileage.  And, you finish with a great medal! 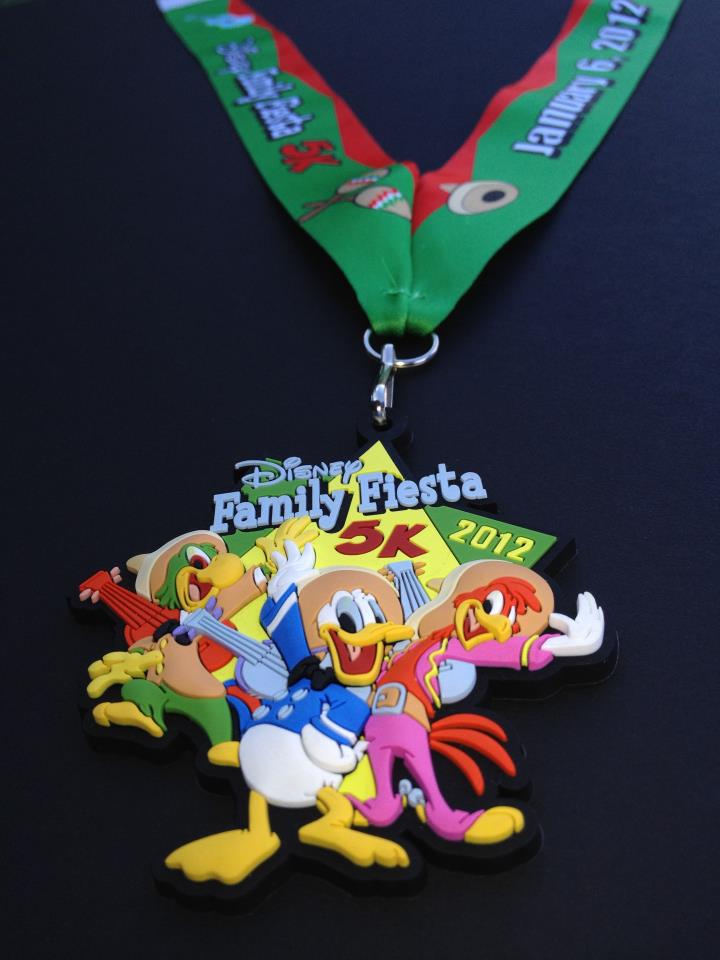