This week will be one of EPIC proportions with HOLLYWOOD STARS and GROUNDBREAKING ANNOUNCEMENTS! Here are your headlines!

Be sure to tune in to Sorcerer Radio THIS MONDAY at 8:00 a.m./eastern during the “SRN Top 10” with Jeff Davis for a game changing announcement. Sorcerer Radio will once again be raising the bar and you won’t want to miss it! 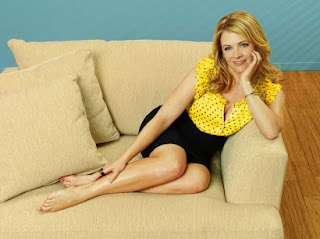 Listen in to another star-studded WDW Tiki Room show with hosts Kristen and Aljon as they welcome actors Stephen Stanton and Troian Bellisario! 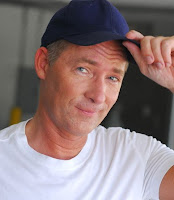 Stephen Stanton is voice actor and impressionist. He is well known as an “audio double” or “voicematch” for actors: Alec Guiness, John Cusack, Bruce Willis, Clive Owen, Nicolas Cage, Robert Downey Jr. among many others. He also provides voices for both Disney and Disneyland theme parks. He voices the characters Mas Amedda and Captain Tarkin on “Star Wars: The Clone Wars” series. He’ll be chatting about his latest projects including Robot Chicken, Star Wars and Disney attractions! READ MORE HERE. Troian Bellisario of the ABC Family Original Series “Pretty Little Liars”  portrays Spencer Hastings, a straight-A student and overachiever from a family that only expects the best. With the pressure bearing down on her from her family, Spencer feels like she must live up to the high standards set by her perfect sister Melissa. She’ll be chatting about her favorite Disney things as well as the new season of “Pretty Little Liars” READ MORE HERE.

Get hooked on “Beverly”, the new single by Sorcey now on iTunes from the forthcoming album “Black Flags”!

Don’t Forget to Submit YOUR Requests

Submit your Favorite Disney Song request to be played on Sorcerer Radio’s Top 10 Show; played each and every Monday at 8am/est, with replays on Wednesday’s at 1pm/est, and Sunday at 1pm/est. Simply click HERE to email or skype in your requests.

If you are looking to virtually relive your recent Disney trip or dream of your next one, then Sorcerer Radio is the place for you. Sorcerer Radio is a fan-run, award-winning internet radio station that has been entertaining Disney fans for a decade! With many weeks worth of Walt Disney World park music and attraction audio, as well as Disneyland and Disney Cruise Line you can easily be transported to your favorite vacation destination anytime, while at home or at work. Sorcerer Radio stands out from the pack in our innovative programming and personalities, providing fans with DJ hosted shows every weekday morning providing a balance of Disney discussion and music. Sorcerer Radio plays a wide variety audio from the Disney universe. We also have FREE APPS for your iPhone, iPad and Droid so you can listen just about anywhere! Check out the award winning Editor’s Pick on Live365, Sorcerer Radio at SRsounds.com, All Disney music, all day long!