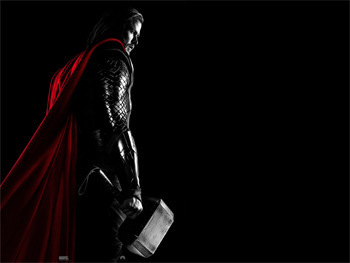 ‘Thor 2’ has just hit a bump in the road on it’s way to the screen. Patty Jenkins was set to helm Marvel’s follow up to this years blockbuster, has just stepped down as director of the project. Deadline was the first to break the news, citing creative differences between her and Marvel Studios. But there is no bad blood between the two, as Deadline is quick to point out that Patty Jenkins may be directing another one of Marvel’s films, it just won’t be ‘Thor 2’. So the search is on for a new director, and with the movie just a little less than two years away from it’s release date of  November 15, 2013, it’s safe to say Marvel will be hiring someone fairly quickly. Thor will return soon though, in next year’s highly anticipated Marvel crossover film, ‘The Avengers’.  Is there anyone you’d like to see direct the ‘Thor’ sequel? Let me know in the comments below!