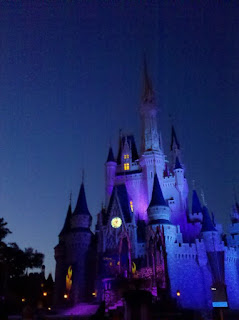 I’m a veteran of Mickey’s Very Merry Christmas Party, but this was my first visit to MNSSHP.  For those who are new to Disney’s after-hours parties, MNSSHP is a special ticket event held in the Magic Kingdom from early September through November 1st.  For the cost of admission, you’ll see an event only parade, a villain-themed show in front of the castle, enjoy dance parties, and trick or treating. There’s also lots of little surprises, like different music, special decorations, and your favorite characters in Halloween-themed costumes.  There’s even an actress in the Haunted Mansion queue, Lady Renata, who interacts with guests and teases them. She was hilarious. 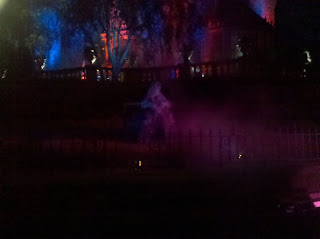 For me, the highlight of the party is the parade.  Just about everything gets the Halloween treatment, starting out with a ride down Main Street by the Headless Horseman. A special treat is Snow White dancing with the Dwarves; you rarely see them together.  You’ll also see lesser-known villains, such as Frollo.  One of the best parts of the parade is the Haunted Mansion portion. Gravediggers come out and dance and make their shovels spark on the ground and the ballroom scene from the attraction comes to life with dancers in elaborate costumes and makeup. 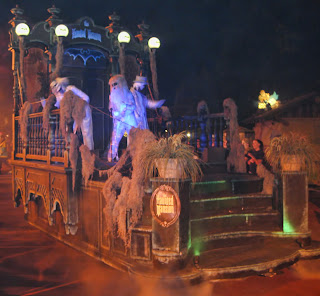 The whole thing is incredibly creative and beautifully done and  it shows off what Disney Imagineers can do.  Overall, the Halloween parade is a little less G-rated than the daytime parade–a dancing girl gives a cowboy a playful smack across the face which took some parents near me by surprise–but not too scary for most kids. 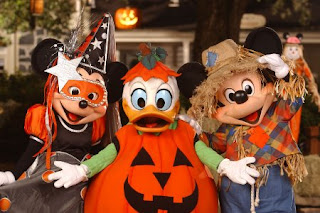 As soon as you get to the Magic Kingdom, pick up a schedule.  The parade starts in Frontierland at 8:15 and 10:30. Hallowishes, a slightly spookier version of the usual nightly fireworks display, begins at 9:30.  The Disney villains show, which includes an opportunity to mingle with the characters afterwards, takes place four times a night in front of the castle.  There are also character meet and greets throughout the park, so for character fans, this is a great opportunity to meet your favorites, as well as some new ones.  Finally, you can catch character dance parties in Tomorrowland and in Liberty Square. 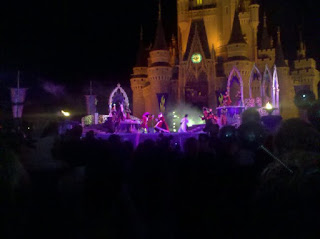 There are two schools of thought on how you should approach the party.  Some say it’s best to use it mainly as an opportunity to ride attractions with shorter wait times with a little bit of Halloween thrown in.   Others are more interested in seeing the shows, parade, trick or treating, and interacting with the characters.  It’s true that if you focus on everything extra there is to do during the party, you won’t have much time for rides, but I tend to take a hybrid approach. I’m mainly interested in the rides, but since it’s so easy to catch the parade and shows later in the night after the crowds die down, I tend to put off the special party activities until later in the night.  The only thing I missed out on at this party were the dance parties, which sound fun, but I also rode many rides, some multiple times. 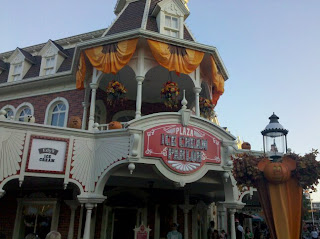 There’s a lot of discussion regarding whether or not special events are worth it.  I believe they are, but at around $60 per person, you really have to weigh the costs. Unless you’re on a very short trip (three days or less), you aren’t saving much money by skipping a day at the parks and buying a party ticket for that night because your park tickets are more expensive on the front end. This means that after the fourth day, you’ll only spend a few dollars each day to add more days, as opposed to an expensive party ticket.  If you’re on a budget, as most of us are these days, you may find yourself having to choose between party tickets and park hoppers, which cost around the same amount per ticket.   It depends on how you tour the parks, but personally if faced with this choice, it wouldn’t be a contest:  I’d go with the park hoppers.

If your children are very young, they may not last throughout the entire party. If you’re okay with potentially leaving the party a few hours after it starts, that’s fine, but many people are not.  A good nap earlier in the day helps. So can a relaxing, low-key day at the resort.  But even then, your child may not be up for an entire evening of fun, so be prepared for that to happen.  We had to leave one of the Christmas parties only a couple of hours after it opened and I was disappointed, but I prepared myself that that might happen ahead of time, so it made leaving a little easier. In addition, some kids will be afraid of the characters, shows, and spooky sounds. While the Halloween party is truly “not so scary,” every kid is different.  While there were  plenty of young children at the party having a wonderful time, I wouldn’t take my children just yet because they’re the type that gets scared and that’s fine; it’s something we’ll do in the future when they’re a little older.

Like the Christmas party, Halloween parties are busier on weekend nights and closer to the holiday itself.  As the night wears on, crowds tend to thin after Hallowishes as parents of younger children leave.  If you are looking for the least busy nights, you should be fine on non-school nights right up until the week before Halloween, when crowds will gradually increase.  Some parties are slightly discounted if you buy tickets ahead of time. There are also discounts for annual passholders and cast members; incidentally, these discounts are also offered on nights that have historically been the least crowded, so if you’re looking for for lower crowds, try these nights.