When we think about Walt Disney World, the topic of conservation and animal welfare is rarely what comes to mind. However, thanks to people like Dr. Jill Mellen, a former Cast Member at Disney’s Animal Kingdom, that has always been the top priority of the theme park. This week, we learned her dedication to this cause has earned her the Animal Welfare Lifetime Achievement Award from the Association of Zoos and Aquariums!

Dr. Mellen’s Lifetime Achievement Award from the Association of Zoos and Aquariums

“Congratulations to Dr. Jill Mellen for receiving the Animal Welfare Lifetime Achievement Award from the Association of Zoos and Aquariums (AZA)! This award honors those who significantly influence the quality of animals’ lives through long-term personal commitment to the field of animal welfare.

Dr. Jill worked with Disney’s Animals, Science and Environment from 1997 to 2016, starting as a research biologist and eventually becoming the Education & Science Director. She recognized the value in providing all animals with both choice in their environments and opportunities to display species-specific behaviors, developing programs that have made a lasting impact not only at Disney, but also in the AZA community.”

Dr. Mellen has a list of professional accomplishments that spans over three decades. In 2011, she was the Keynote Speaker at the Animal Behavior Management Alliance Conference. According to her biography from the event, “Jill received her B.S. and M.S. in Biological Sciences from Illinois State University. She received her Ph.D. in Comparative Psychology from the University of California at Davis.

Her first zoo job was as Children’s Zoo Supervisor at Miller Park Zoo. Jill interned at the Brookfield Zoo and the National Zoo.

She worked at the Oregon Zoo as Director of Conservation and Research Programs. Jill was the research Biologist at Disney’s Animal Kingdom, now the Education and Science Director at Disney. A few of her many accomplishments include Course Developer & Course Administrator for AZA Course: Managing Animal Enrichment & Training Programs, co-organized and co-hosted First Conference on Environmental Enrichment and then co-edited a book based on the conference, and co-developed web sites about framework for enrichment and training.

In 1996, Jill Mellen became one of the first employees of Disney’s Animal Kingdom, two years prior to its opening. She played a crucial role in the educational design and development within the theme park.

In an interview with Zoophoria, Mellen said “It was really exciting getting to walk around the construction areas that would become Animal Kingdom. I’ve never used my brain so much in my whole life. It was so exciting to open this big zoo starting from literally scratch. When I started there were seven animal people. My job included putting a framework of science over the art of animal management.”

She went on to discuss the growth and development of the programs at Animal Kingdom. “As the staff began to grow, everyone had different ways of doing things so the growing pains of what’s the right way or Disney way emerged,” Jill Mellen continued. “I hired Marty Sevenich MacPhee, who was at the Brookfield Zoo, as our Curator of Behavioral Husbandry. I would say probably the most exciting part of the first few years is once we got the park open we had the opportunity to develop animal enrichment and husbandry training programs. Working with Marty was exciting as she’s so leading edge. We developed the idea of the SPIDER model- the six steps people use when setting up their enrichment or training plan.”

Related: Animals at Disney World get into the Halloween Spirit

As guests, we are so thankful for all that Dr. Jill Mellen has done at Walt Disney World Resort and across the country to enrich the lives of the animals she has worked with. Being a part of an environment that encourages a love of animals and focuses on conservation around the world is truly inspiring. She has created a legacy that will inspire new generations of zoologists for years to come!

For help planning your next trip, contact me anytime! I am a travel agent specializing in Disney destinations, and my services are always provided at no cost to you. 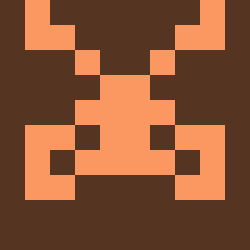 Follow me!
Jessica M
Travel Agent at Destinations to Travel, LLC
Jessica is the mom to three young girls, a former Walt Disney World Cast Member, and a current lover of all things Disney.As a writer for Chip and Co and a Travel Planner for Destinations to Travel, she feels incredibly blessed to have been able to turn her passion and joy into a career.

If you would like her to help you plan the perfect Disney vacation, please contact her anytime at jessicawunder@d2travel.com.Her planning services are always 100% free.

Follow me!
Latest posts by Jessica M (see all)