Today, Disney Store celebrates its 30 year anniversary! The Glendale, California store’s historic grand opening was 30 years ago today in 1987! As the Disney Store Celebrates 30 they are Commemorating this Milestone with In-Store Celebrations and Limited Edition Products.

Disney Store has served as a brand beacon for Guests around the world since it’s inception. It has provided an immersive retail destination that delivers the very best in product offerings, unique experiences and unparalleled Guest service. Currently, Disney Store operates 340 stores worldwide and ecommerce sites in 10 countries.

“For 30 years, Disney Store has helped fans and families around the world make Disney magic a part of their daily lives,” said Paul Gainer, executive vice president, Disney Retail. “We have continued to evolve and address not only the needs and interests of Guests, but also the growing slate of Walt Disney Company brands and franchises, including Pixar, Marvel and Star Wars. We look forward to the future as we continue to deliver the very best of Disney at retail.”

To commemorate this milestone, a new line-up of limited edition 30th anniversary products will be released today! This line-up features highly-anticipated collectibles and a special anniversary Disney Tsum Tsum set. In-store celebratory events and activities are also planned – including a 30th Anniversary Parade! The parade will take place at 3pm now through April 2. Guests are also invited to hear short, fun stories and facts about Disney Store’s history and younger Guests are encouraged to dance along the store parade route. 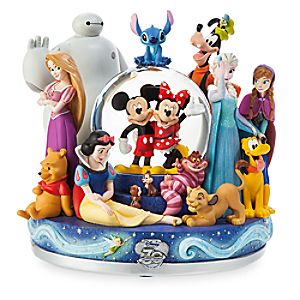 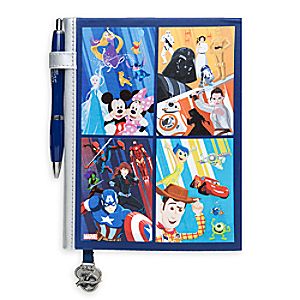 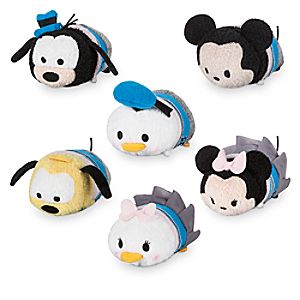 Are you excited to Celebrate 30 Years of Magic with the beloved Disney Store?

Danielle is the Merchandise Specialist at Chip and Co. Danielle was born and raised in Sunny South Florida just a short drive south of Walt Disney World. She is proud to be a nerdy mommy and Disney Store Cast Member! She is also a self-proclaimed part-time Disney Princess by day while being a stylish Disney Villain by night. Be sure to follow her Disney adventures on Instagram
View All Posts
Follow Me :

One thought on “Disney Store Celebrates 30 Years of Magic Today!”

Power Up Your Pride With This New Marvel Pride Backpack From Loungefly!

Show The Galaxy Your Pride With This New Star Wars Spirit Jersey!