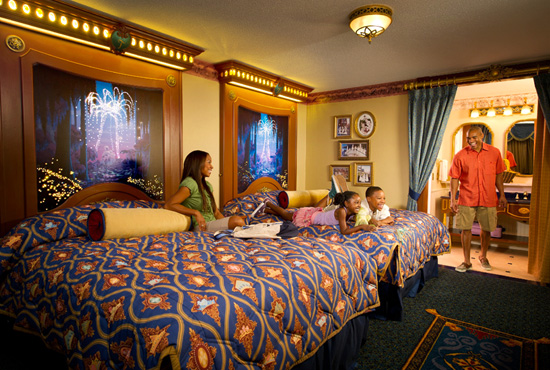 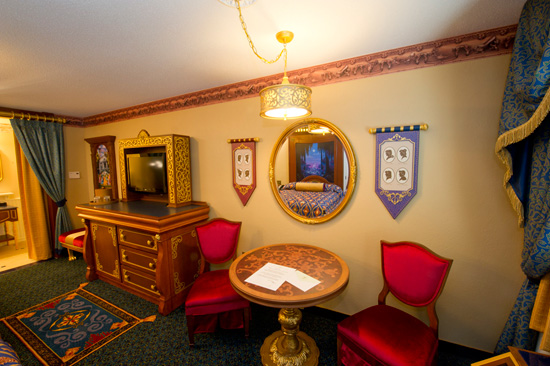 Opening in early Spring 2012, the Royal Guest Rooms at Disney’s Port Orleans Resort – Riverside allow princes and princesses of all ages to stay where Disney royalty have stayed. Guests find regal touches left behind by some of their favorite Disney characters like fiber optics special effects above ornately decorated beds with gold and crystal accents; custom linens and drapes; and in-room art and details including princely banners and princess friends. The 512 Royal Guest Rooms start at $189 per night.

The one-of-a-kind resort will feature more than 800 standard guest rooms and more than 1,100 family suites (which sleep up to six people) at its completion. Standard rooms at Disney’s Art of Animation Resort start at $94 per night and family suites start at $248 per night.