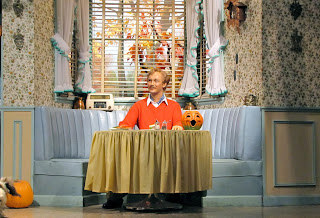 Every Disney fan has his or her favorite underrated attraction. For me, it’s  Carousel of Progress, located in Tomorrowland in the Magic Kingdom.  ﻿The COP is a rotating theater which carries the audience to four different scenes in a family’s life during the 20th century, from the days before electricity to more modern times.  It’s narrated by the father, who is accompanied by the family dog. 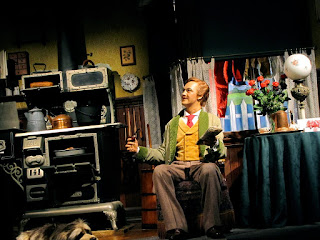 The family doesn’t change much physically during the span of the century:  Grandma and Grandpa are still there, the annoying little brother grows up a bit in the 1990s, but the big sister stays in her late teens/early 20s and is as sarcastic as ever.  What does change are the family appliances and their lifestyle, and it’s fun to watch them acquire modern conveniences that make their lives easier or sometimes harder, as when the Father blows a fuse which shorts out the whole neighborhood. Again. 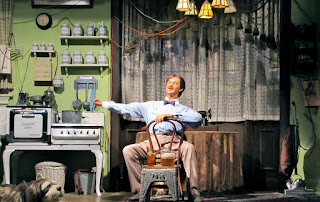 The COP, then known as Progressland, was originally designed by Walt Disney for the 1964-65 World’s Fair, where it quickly became the most popular attraction.  It was later moved to Disneyland, where it stayed for several years until being moved permanently to Walt Disney World in 1975.  At Disney World, the COP debuted with the song “The Best Time of Your Life,” a catchy little tune which I still like.
The newest version, which was changed in 1994, has an added final scene and some dialogue changes.  It also went back to the original song, “There’s a Great Big Beautiful Tomorrow,” and was renamed “Walt Disney’s Carousel of Progress,” to pay homage to its creator.
To me, the COP is a lot of different things. It’s entertaining, sometimes unintentionally funny, and yes, it’s kind of corny, but it the best possible way.  It’s also part of Disney history and in that respect, it’s part of my history of the park too.  I love the familiarity of it and hope it will always be there.