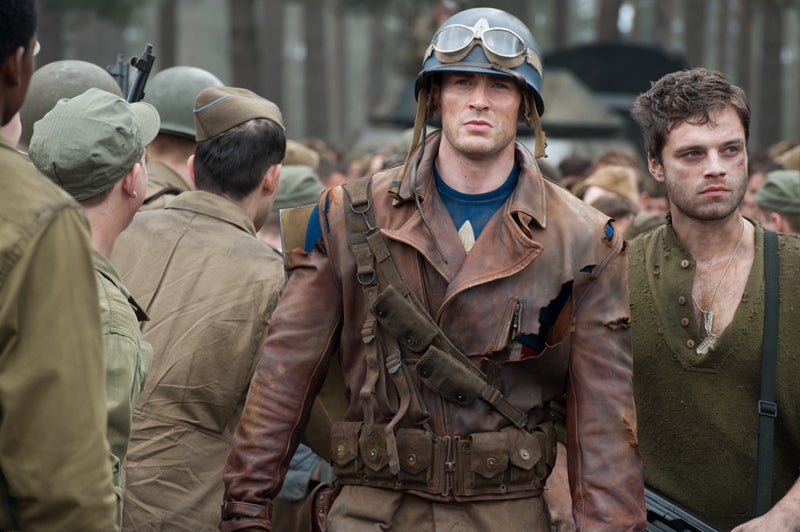 Marvel is on a role lately with their movies. Yesterday, we learned that they had set their sites on Patty Jenkins on to direct ‘Thor 2’, and now it looks like Chris Evans is expecting to gear up as Steven Rogers again in ‘Captain America 2’ by 2014.

Evans was quoted as saying “They may wait until 2014 until they release the next Cap. Marvel has a lot of balls in the air, they aren’t going to cannibalize their films.” This is great news for fans to see that a sequel is in the works, but won’t be rushed. ‘Captain America: The First Avenger’ opened in July to critical and commercial success, with much of the praise going to Evans’ portrayal of Steve Rogers.  It is one of my favorite movies of the year, as well as one of my favorite comic book films. So I’m glad to see that Evans is excited for returning to the role and doesn’t want to rush it. Hopefully they can get Joe Johnston back to direct as well, because he added so much of the 1930’s pulp-serial feel that set this movie apart from so many others. All this news definitely makes since since Marvel has scheduled to mystery Marvel films for 2014, but that begs the question, what is the second film?

Little is known about the sequel at this time, but the writers have said that we may see a return to the World War II setting, or at least in flashbacks. Evans can be seeing reprising his role next summer in Marvel’s crossover film ‘The Avengers’, which also stars Robert Downey, Jr., Mark Ruffalo, Chris Hemsworth, Jeremy Renner, Scarlett Johansson, Samuel L. Jackson, Tom Hiddleston, and Clark Gregg.